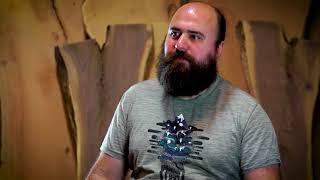 In September we had an amazing opportunity to be flown out to New York to film for one of Accuride's biggest clients! Accuride makes slides used for construction and Vlad, of Vlad FineCraft, uses those slides in his custom fabrications. Hanging out with Vlad was probably the most fun we've had on set in a while! He had so many stories about his cats, lego collections and what it was like working in New York. We were able to film in and around his studio in Brooklyn as well as
14 views0 comments