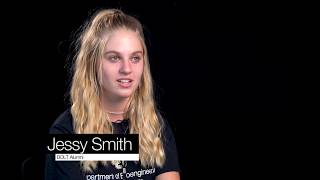 Our relationship with CU Denver spans as far back as 10 years ago, evolving and supporting each other over the years. Ian and Lauryn went to the University of Colorado Denver between 2009-2014, graduating from the College of Arts & Media with Bachelor of Arts Degrees in Theater, Film, & Television. It was at CU Denver that Liquid Luck was formed and got its name, where Ian worked as an equipment manager, and where they won 2 Emmy's for student projects: "A Glass Half Empty" &
17 views0 comments

CU Denver did an amazing article on Liquid Luck and owners Ian & Lauryn! Check it out by clicking on the photo above or by following this link. Thanks CU Denver! #cudenver #CU #press
15 views0 comments

With the increasing amount of work we get every year at Liquid Luck, we are always in need of extra editing help! Although this post is delayed in its timing, we are very excited to welcome Tasha, Noah, and Caitlin to the Liquid Luck team! Tasha and Noah have been working as assistant editors for Liquid Luck since August 2016. They are both students of CU Denver and are working tirelessly on the Living Overseas project. They've lightened the load on us tremendously with their
52 views0 comments